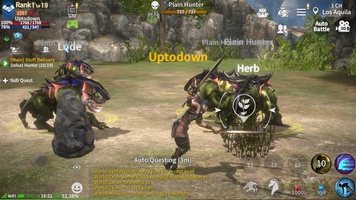 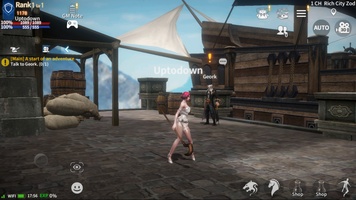 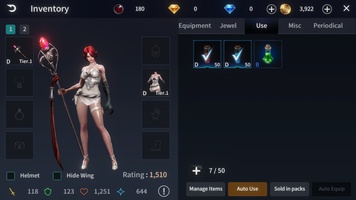 Advertisement
RebirthM is an original Korean MMORPG. Designed with PC classics Lineage2 and Aion in mind, its controllers and gameplay are strikingly similar. But -- for now, anyway -- RebirthM's monetization system is far more sophisticated and won't leave you feeling tricked out of your money; in fact you can play most of its content for free.

Conceptually, RebirthM offers everything you've come to expect from fantasy Asian-MMOs. There's no lack of distinct social classes, hundreds of missions to complete, dungeons to storm, and an active social component in order to win. In fact, PvP battles are found scattered throughout each area of the game.

What's most surprising in terms of visuals is that RebirthM is an open mode 3D game where you control your character from third person perspective from an open angle camera view -- which isn't exactly common in these kinds of games where shots are generally set up from a more rigid vantage point. Regardless, controllers are easily handled and you'll find that a good deal of actions are automatic, so your hero heads to the next destination on its own without your input.

RebirthM is a fine option for any serious fan of multiplayer RPGs; you'll soon find that its design, controllers and graphics are stellar and leave nothing left to be desired from any of the major PC MMORPGs from the past few years.
Reviewed by Raúl Rosso

This open BETA is available from July 17th 2018 on.
Advertisement

Why is this app published on Uptodown?
(More information)

it lacks more gameplay in terms of the enemy's target Magic Rush: Heroes
Role-play and tower defense in a single game
Guild of Heroes
Join the company of these great heroes
Marvel Puzzle Quest
The superheroes have taken over the ledgendary Puzzle Quest
Black Desert Mobile (Asia)
A portable version of one of the most popular MMORPGs
Empires & Puzzles: RPG Quest
Build your stronghold by combining colored pieces
Disney Heroes: Battle Mode
Join Disney and Pixar heros on an epic adventure
King's Raid
A gorgeous RPG with an anime style
Legendary: Game of Heroes
Reunite this team of legendary heroes